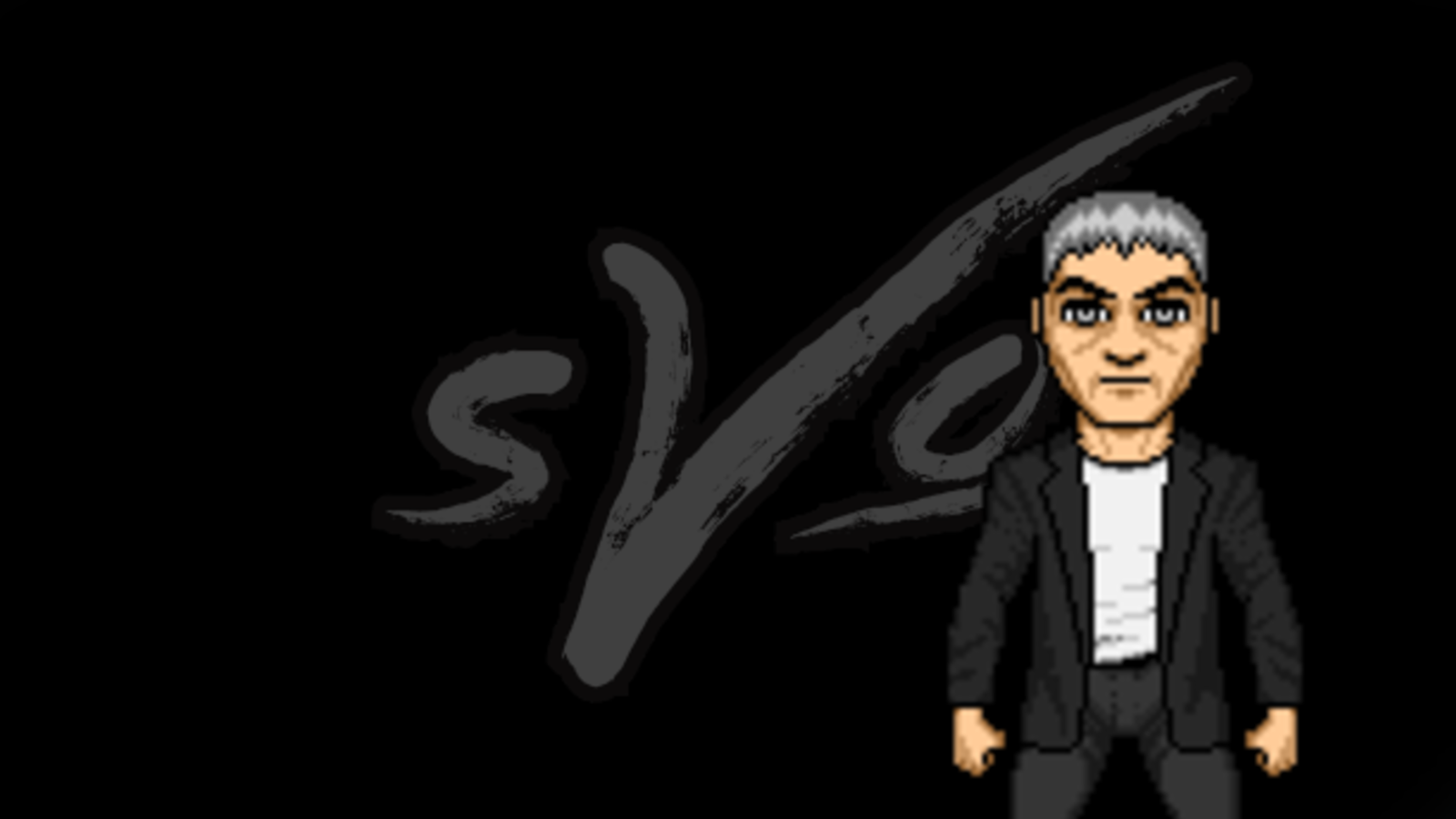 Candi Cross: “JD, you have worked with some talented guys here in the sVo. Johnny All-Star, Gunner Lang and Chris Bond to name a few. Is there any other guys on the roster right now that you would like to manage one day?”

JD James: “First off I’d like to say thank you for taking the time to interview me today Candi. It’s true I have handled some of the greats, but who I’d like to work with next is a talented woman just like yourself. Looking good tonight by the way Candi.

JD James: “Sorry. Ok seriously I’ve got my eye on a couple of the guys backstage. Now if I could work with anyone besides Gunner and Bond I would have to say probably Mike Polowy, if handled by the proper manager the guy could be great.”

Candi Cross: “Gunner Lang recently won the Las Vegas Championship belt at Destiny; do you see gold around the waist of Chris Bond soon as well?”

Candi Cross: “Now you of course were an accomplished wrestler yourself before you moved into management, what was the biggest achievement in your career?”

JD James: “Wow, good question Candi. It would have to be either when I captured the All-Confederate Pro World Championship the first time, or when I retired and passed the torch to a young up and comer by the name of Curtis Knight. It was a great night.”

Candi Cross: “Now you obviously have a keen eye for wrestling talent, who do you see as the next breakout star of the sVo?”

JD James: “You mean besides my boys Lang and Bond?”

Candi Cross: “Yes besides your boys Lang and Bond.”

JD James: “Wow … There’s so much talent in the sVo Candi, that’s a tough call. I think Equinox has a lot of potential. He just had a rough week last week.”

JD James: “Well let’s start things off with All-Star; the kid had a lot of heart. He was the home town hero and that’s pretty much how he saw himself and how he approached his matches, he really wanted to go out there and do it for the fans. But deep down he had a lot of aggression and a lot of issues. He was conflicted and his record spoke of that. If he could’ve committed one way or another I’m sure he would be World Champion.”

“Bond even though you can’t tell from his first couple of matches is one of the soundest technical submissionist’s to ever step foot in the sVo ring. I’ve watched this kid since his day’s in the AWO. And that’s his approach, he dissects his opponents and pinpoints their weaknesses and capitalizes on that. He pinned Mike Polowy on numerous occasions for Christ’s sakes”

“Now Gunner, the kids one of the smallest guys on the roster but he makes up for it with heart and he goes out there and he’s got a lot to prove. It’s David versus Goliath most of the time. He’ll do whatever it takes in the ring and in his life, he’s the ultimate thrill seeker and he wants to see how far he can push it.”

Candi Cross: “Just what motivated you to get into management, and especially management of sVo wrestlers?”

JD James: “Well I’ve never really been that far from the ring since my retirement. I’ve been involved some way or another, whether it be booking, or talent scout. It’s in my blood and it always will be, and I like nothing better than helping the younger generation, I have a lot of information to pass on. Now why the sVo, if people have been paying attention to what was going on with All-Star they would know that Jimmy Moretti and I go way back, I used to consider the man one of my closest friends at one point. Now Jimmy did have a bit of a gambling habit, I actually won twenty five percent of his last promotion Project: Violence during one of his visits to Vegas even ran it for a little while till Jimmy pulled the plug. Then when sVo came along an old family friend of mine (All-Star) was in need of some guidance, and as they say the rest is history.”

Candi Cross: “Where do you see the sVo going in the future?”

JD James: “sVo is going nowhere but up Candi. Nowhere but up. The World Tour is testament to that.”

Candi Cross: “What does 2008 hold for JD James, Chris Bond and Gunner Lang?”

JD James: “Gold baby. Both of my protégés are going to have gold within the year. We’re already half way there.

Candi Cross: “If you could say one thing to the sVo fans, what would it be?”

JD James: “It’s a great time to be a fan of sVo and wrestling. We got the World Tour, we’ve got talent and our roster is growing. So in the words of Gunner Lang strap yourself in and enjoy the ride.”

Candi Cross: And finally, what are the chances of a JD James in ring comeback?”

JD James: “No one wants to see that. Ha. Ha. Honestly I would love for ‘The Playboy’ to have one last go at it. I guess we’d have to ask the fans.”