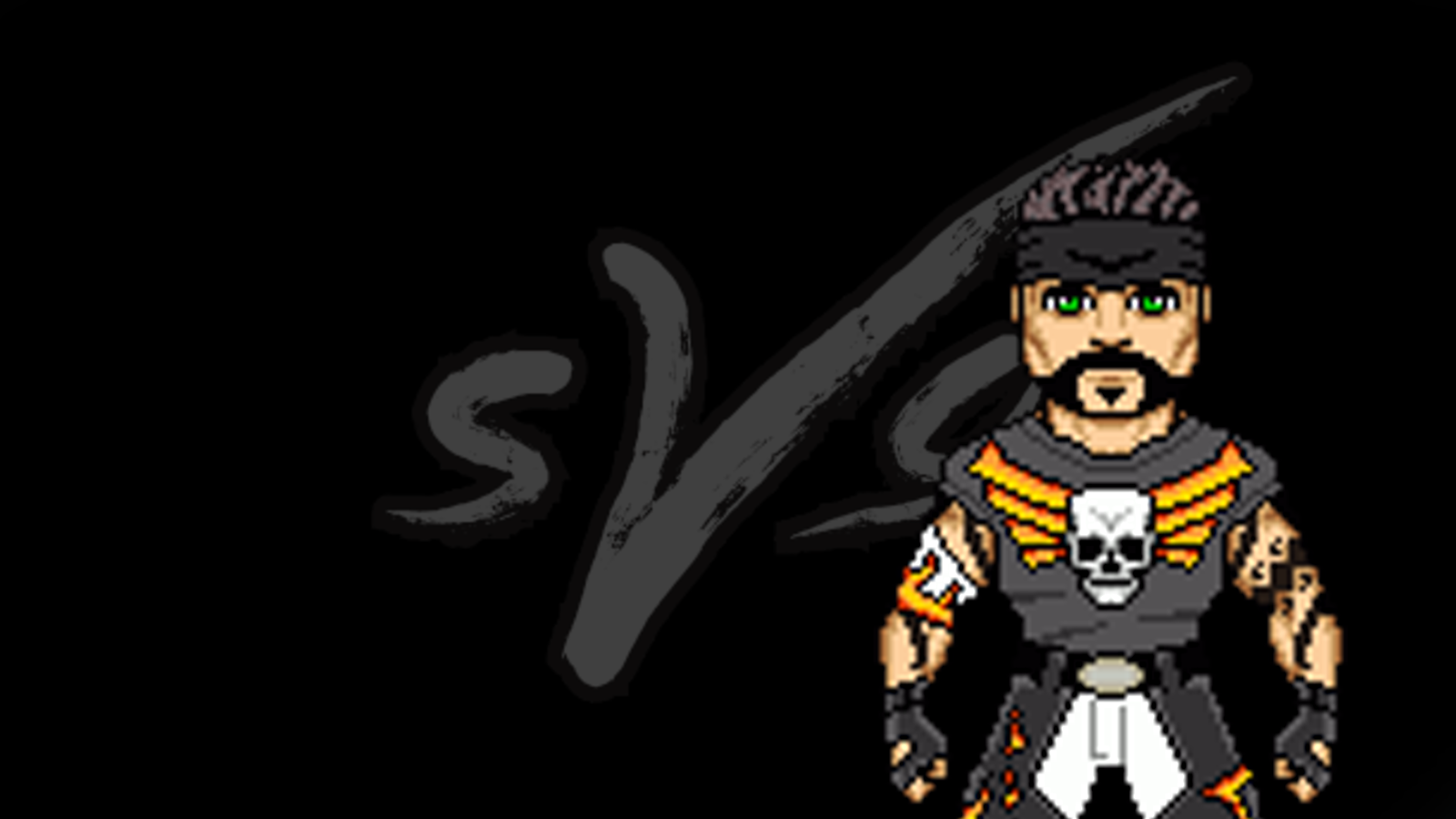 Finisher Description: Stinger Splash in the corner followed up with a diving bulldog

Fighting Style: Well rounded in all forms of wrestling; he’s a bit of powerhouse mixed with some submission, and aerial. Gunner is extremely quick and agile for his size.

Other Information: Gunner Lang was the frontman for the metal group AoD in the late 80’s early 90’s. Army of Darkness, as the band was originally named until legal action made them shorten the name to AoD, was purely the brainchild of Lang. While never making it mainstream Lang released 6 albums, gathered a cult following, and toured with many popular bands, and had a brush with mainstream success with a one-hit-wonder that still gets play until this day. Unlike most rock stars Gunner had no vices, no drugs, and little partying. He invested his money, and the royalties from his music are enough to provide him with a very comfortable way of life. With the birth of the 90’s and the slow decline of metal music the band fell apart and Lang fell off the face of the earth taking time to do the things that he wanted to do, traveling the world, thrill-seeking, mountain climbing, skydiving, anything to give him a rush. Upon returning to the States many years later he decided to follow another dream – Wrestling. After several years of training with the greats of the business and touring smaller circuits, we pick up Gunner Lang’s story as he hits the big time with the sVo.

I was caught
In the middle of a railroad track (Gunner)
I looked ’round,
And I knew there was no turning back (Gunner)
My mind raced
And I thought what could I do? (Gunner)
And I knew
There was no help, no help from you (Gunner)
Sound of the drums
Beatin’ in my heart
The thunder of guns!
Tore me apart
You’ve been – Gunner-struck!

The familiar riff of AC/DC’s Thunderstruck fills the arena. As the pyro goes off on the entranceway Gunner Lang explodes onto the entrance ramp shooting off his own pyro from a gun while the sVo Tron shows Gunner and a band playing his entrance music. The fans are on their feet cheering and shout Gunner along with the song. Gunner drops the pyro gun and runs down to the ring slapping hands with the fans and giving devil horns. He slides into the ring under the bottom rope and proceeds to take off his shirt and bandanna throwing them into the crowd.

Johnny All Star returns to action to take on the Las Vegas Champion JVD in the main event.